After reading hundreds of suggestions about Forum topics submitted by our subscribers, volunteers, sponsors, YOUTH Forum members, Friends of The Forum and community members, we are thrilled to share with you this first glimpse at our 2010-2011 Forum Season!

We will be announcing our first round of panelists soon, but we'd still like to hear your suggestions. (And we listen!)
Please leave a comment and tell us what you think, and stay tuned for updates and more about our upcoming 19th Season! Cheers!

Behind the Scenes Photos from Forum Music Fest

What happens when you bring three musical greats together for a live, unscripted Forum conversation? Nothing short of magic!

We'll be sharing some highlights and memorable behind the scenes moments from last night's Forum Music Fest over the coming weeks. In the meantime, enjoy these fantastic shots taken by the one and only Nick Caito! 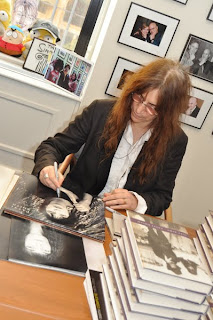 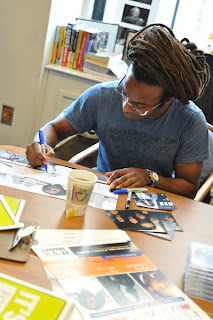 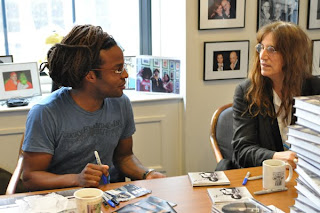 John and Patti get better acquainted during the panelist meeting. 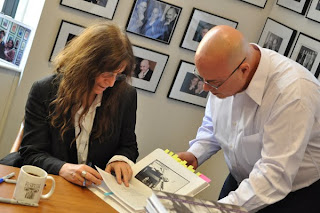 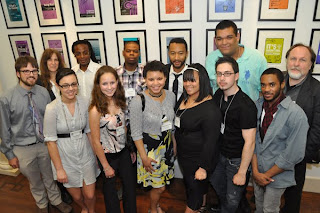 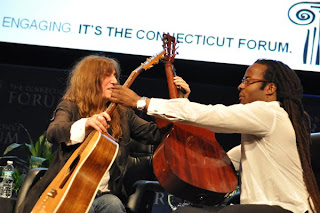 Patti and John Forte swap their guitars during the sound check. 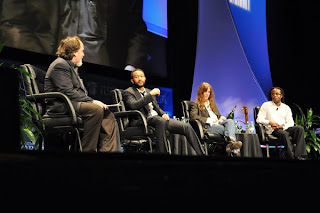 The panel takes the stage. 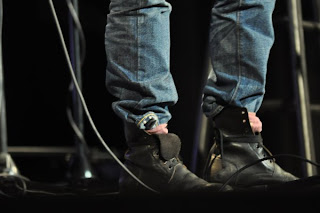 Patti is a Rock Star...from head to toe! 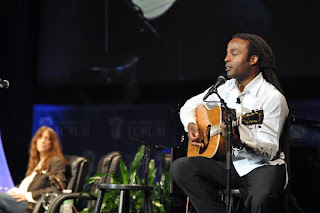 Patti looks on as John Forte wows the crowd with a powerful, inspirational performance. 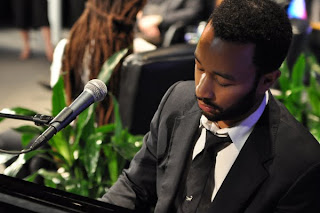 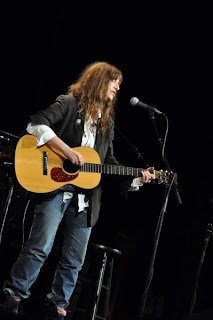 Patti Smith was so moved by her experience with members of our YOUTH Forum that she dedicated her performance to them. Rock on! 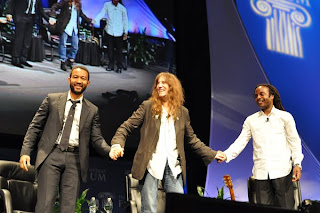 The perfect ending to an incredible evening-and season!


Check back soon for video clips from the conversation, and performances!

Posted by Katlyn at CT Forum at 8:56 PM No comments: Links to this post