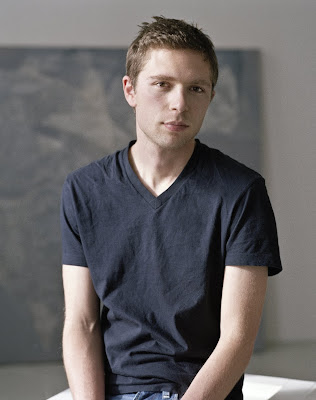 Announcing Jonah Lehrer - Journalist, Rhodes Scholar, Author of How We Decide will be a panelist at Creative Minds on Friday, November 18, 2011


Hailed as “an important new thinker” by the Los Angeles Times and “a popular science prodigy” by The New York Times, Jonah Lehrer is the best-selling author of How We Decide, as well as a contributing editor at Wired Magazine, the Scientific American Mind, and NPR’s Radiolab. His work explores human creativity and decision-making as they relate to neuroscience, art, war, sports, politics, and more. He gathered much of the research that would become his first book while studying psychology, philosophy and physiology as a Rhodes Scholar at Oxford University.

Captivating and accessible, Lehrer’s debut book, Proust Was a Neuroscientist, argues for a more intimate relationship between science and the humanities, noting that many discoveries of neuroscience are actually rediscoveries of insights made earlier by artists, novelists, poets, and other creative types. With an engaging style and his own unique perspective, Lehrer examines works of Proust, Whitman, Stravinsky and more, finding parallels between them and important scientific breakthroughs in language, neuroplasticity and memory, among others.

Lehrer is a regular contributor for The New Yorker, Nature, The New York Times, The Boston Globe and The Wall Street Journal. His most recent articles include, “The Web and the Wisdom of Crowds,” “Basketball and Jazz,” “How Power Corrupts,” and “The Rewards of Revenge.” While attending Columbia University, Lehrer worked in the lab of Nobel Prize-winning neuroscientist Eric Kandel and served as editor-in-chief of the Columbia Review.

If you're interested in learning more, you can check out his website, read his blog, read this article he wrote for the Feb 2011 issue of Wired Magazine, or read his latest book, How We Decide.

Posted by The Connecticut Forum at 1:10 PM No comments: Links to this post 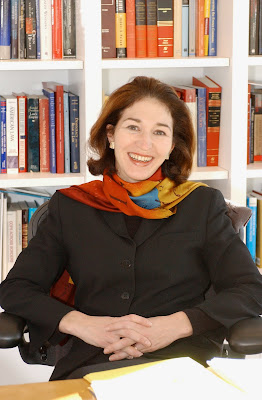 A distinguished writer, commentator, and teacher on a wide range of global affairs, Anne-Marie Slaughter is a preeminent voice on U.S. foreign policy and international security. She was the first woman to hold the position of Director of Policy Planning for the United States Department of State, where she served from 2009-2011 as the head of Secretary of State Hillary Clinton’s private think tank. She also served as the Dean of Princeton’s Woodrow Wilson School of Public and International Affairs from 2002-2009, where she rebuilt the School’s international relations faculty and created a number of new centers and programs.

Named to Foreign Policy magazine’s annual list of the top 100 Global Thinkers in 2009 and 2010, Dr. Slaughter speaks and writes regularly on topics including the generational shift in politics and foreign policy, the effect of social media on global politics, and the importance of women-centric global policies. Her books include, The Idea That Is America: Keeping Faith with Our Values in a Dangerous World and A New World Order, in which she explores the emerging class of leaders who govern on a truly global level.

A Princeton, Oxford and Harvard graduate, Dr. Slaughter currently serves as the Bert G. Kerstetter ’66 University Professor of Politics and International Affairs at Princeton University. Previously, she served as the convener and academic co-chair of the Princeton Project on National Security, a multi-year project aimed at developing a new, bipartisan national security strategy for the United States. She has appeared on numerous news programs, including CNN, the BBC, NPR, and PBS.

If you’re interested in learning more, you can read this opinion piece she wrote for The New York Times back in March, or you can follow her on Twitter @SlaughterAM.
Here she is on The Colbert Report:

Also, check out this video clip of a conversation about Afghanistan, The United Nations and Darfur between Dr. Slaughter and Steven Walt, a professor of international affairs at Harvard University.

Posted by The Connecticut Forum at 1:00 PM No comments: Links to this post 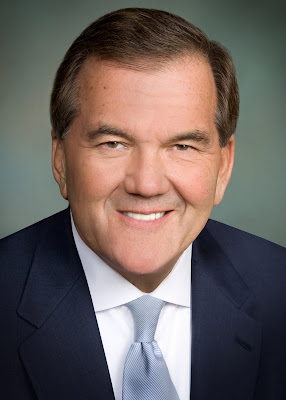 The Connecticut Forum Announces:
Tom Ridge to be a Panelist at
Global Affairs
Saturday, October 1, 2011
Following the events of September 11, 2001, Tom Ridge became the first Secretary of the newly created Department of Homeland Security, heading the largest government reorganization since the Department of Defense was created in 1947. One of the first Vietnam combat veterans to serve in the U.S. House of Representatives, Ridge was twice elected Governor of Pennsylvania, where he served as the state’s 43rd Governor from 1995-2001.

During his tenure with the Department of Homeland Security, Ridge worked with more than 180,000-plus employees from a combined 22 agencies to create an agency that facilitated the flow of people and goods, instituted layered security at air, land and seaports, developed a unified national response and recovery plan, protected critical infrastructure, integrated new technology, and improved information sharing worldwide. Ridge resigned from the position in 2005 and later wrote The Test of Our Times: America Under Siege…And How We Can Be Safe Again, which recounts his experiences in the department.

Ridge graduated with honors from Harvard in 1967 before earning a law degree from The Dickenson School of Law. He has served as a senior aide to Republican Presidential candidate Senator John McCain, and was considered by some as a possible running mate for McCain, as well as a frontrunner for Senate Candidacy in 2010. He currently heads Ridge Global as the company’s President and CEO.

If you’re interested in learning more, you can watch him on "The Daily Show"

or you can check out his book, The Test of our Times.

Posted by The Connecticut Forum at 1:00 PM No comments: Links to this post 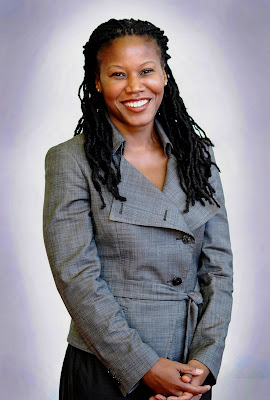 Majora Carter to be a Panelist at
Our Fragile Earth
Saturday, May 5, 2012

Named one of the 100 Most Creative People in Business by Fast Companymagazine, “The Green Power Broker” by the New York Times, and “The Prophet of Local” by the Ashoka Foundation’s Changemakers.org, Majora Carter is a pioneer in economic as well as environmental sustainability. Carter, who coined the phrase “Green the Ghetto,” founded and led Sustainable South Bronx from 2001-2008 – when few were talking about sustainability, and even fewer in places like The South Bronx.

Carter views urban and rural economic renewal through an environmental lens and connects ecological, economic and social vectors in some surprising ways. Majora wrote a $1.25M Federal Transportation planning grant to design the 11-mile South Bronx Greenway which has since garnered over $50M in funding and is currently under construction. She also established one of the nation's first urban green-collar training & placement systems as well as spearheaded legislation to fuel demand for those jobs. She’s received numerous awards and honorary degrees, including the MacArthur “genius” Fellowship, as well as various awards from John Podesta’s Center for American Progress, and a Liberty Medal for Lifetime Achievement from Rupert Murdoch’s New York Post.

Carter currently serves on the boards of the US Green Building Council and the Wilderness Society. Since 2008, her consulting company, Majora Carter Group, LLC has exported Climate Adaptation, Urban Micro-Agribusiness, and Leadership Development strategies for business, government, foundations, universities, and economically under-performing communities.

Also, Newsweek has named her one of “25 to Watch” and one of the “century’s most important environmentalists."

If you're interested in learning more, check out her very popular TED talk
or learn more about her radio show, The Promised Land.

Posted by The Connecticut Forum at 10:37 AM No comments: Links to this post