Phish's Trey Anastasio at The Forum


Phish is in Hartford this weekend -- for those of you who can't make it, I thought I'd share Trey's amazing guitar solo to tide you over. Or, maybe it's just rubbing in what you are missing. If that's the case, I'm sorry!

Check out the full Power of Music Forum and lots more clips at TheForumChannel.

Posted by Jamie at CT Forum at 5:39 PM No comments: Links to this post

If you're keeping up with the book club of past Forum panelists, you have a lot of reading to do this summer. Recent Forum panelists Christopher Hitchens, Samantha Bee and Anthony Bourdain have all released books in the past month. 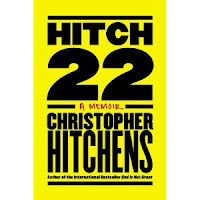 memoir Hitch 22 tells of his young life, his time in British boarding school, his literary friendships with Martin Amis, Ian McEwan and others and, um, getting spanked by Margaret Thatcher at a party (I can't make this stuff up). As his friend McEwan said, "If Hitchens didn't exist, we wouldn't be able to invent him." Hitchens lived up to his reputation and was a polemical panelist at our 2009 Forum, God: Big Questions... Bigger Questions with Rabbi Harold Kushner and Reverend Peter Gomes.

You can also view the entire Forum conversation at TheForumChannel.

Samantha Bee's collection of funny personal essays is titled I Know I Am, But What Are You? She cracked us up when she appeared with Seinfeld's Jason Alexander and Daily Show Executive Producer David Javerbaum at the It's Satire! Forum last Season.

Anthony Bourdain's Medium Raw is the follow up to his best seller Kitchen Confidential, which was released ten years ago. Like Confidential, it gives an inside look at the restaurant industry. But unlike Confidential, Bourdain has a lot of famous acquaintances in the food industry, and he doesn't hold back - even on Alice Waters, the mother of the slow food movement. He got his jabs in on her at the Food for Thought Forum in 2009, when Alice Waters told the audience that she would have shark fin soup as her last meal. Bourdain quipped, "That's not local!" to audience laughter and applause.


Posted by Jamie at CT Forum at 11:52 AM No comments: Links to this post