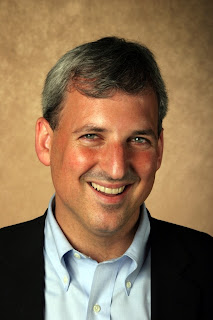 We are thrilled to share that
JON SCHNUR
Education Reform Pioneer &
CEO, New Leaders for New Schools
will be a panelist at Our Great Education Challenge on Thursday, November 11, 2010.  He will join fellow panelists Davis Guggenheim, director of the highly anticipated film Waiting for "Superman" and Joel Klein, chancellor of New York City schools.

Jon Schnur is CEO and co-founder of New Leaders for New Schools (NLNS), the largest organization in the nation for recruiting and training urban principals. He has served as an advisor to Barack Obama's Presidential campaign, a member of the Presidential Transition Team, and a senior policy advisor to U.S. Secretary of Education Arne Duncan. Schnur has developed national education policies from preschool to higher education - with special focus on teacher and educator quality, reforming urban school systems, charter schools, after-school programs, and early learning and preschools. He believes that quality education for all children is achievable, essential, and urgently needed to create a better future for our nation and world.

Schnur's national non-profit organization, NLNS, recruits and trains about ten percent of the new principals needed for high poverty, low-income schools in the United States. In September 2009, NLNS became the first and only non-profit-led partnership with a public school system to win Harvard University's Innovations in Government Award from the ASH Institute for Democratic Governance and Innovation. NLNS has one mission: driving high levels of learning and achievement for every student by attracting and preparing outstanding leaders and supporting the performance of the urban public schools they lead at scale.