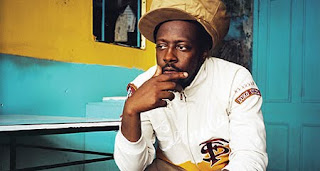 As you may know, Hip-Hop Musician and Humanitarian Wyclef Jean will be a panelist at our Forum Music Fest on May 1, 2010. A Haitian native, Wyclef has long been an advocate for the people of Haiti, fighting to bring hope and change to the distressed nation. Since last week's devastating earthquake, Wyclef has been on the ground in Haiti aiding in both rescue and humanitarian efforts. In an interview with Oprah, he described the disaster as "an apocalypse, the seventh hell." Amidst his efforts, questions arose last week about the legitimacy of his foundation, Yele Haiti, after financial records released by The Smoking Gun suggested a potential misappropriation of funds. Wyclef directly addressed these allegations in a press conference on January 16th, 2010:

"Have we made mistakes before? Yes. Did I ever use Yele money for personal benefit? Absolutely not. Yele's books are open and transparent, and we have been given a clean bill of health from an external auditor."

All this recent press may have you wondering...

Who is Wyclef jean?

Wyclef Jean is a multi-platinum musician, actor, producer, and former member of The Fugees, a group MTV ranks as one of the best hip-hop groups of all time. Although best known as a hip-hop artist, Wyclef embraces many forms of music and all expressions of culture, from classic rock to ska to down and dirty bass to country to thugged-out rap to folk and reggae.

The son of a preacher, Wyclef was born in and moved with his family to , when he was nine-years-old, before moving again to northern . He received his first guitar from his mother and studied jazz through high school. He briefly attended , before dropping out of school to pursue music.

In the early 1990’s he formed the hip-hop trio The Refugee Camp (a.k.a. The Fugees) with Lauryn Hill and Prakazrel “Pras” Michel. The group’s debut album, Blunted on Reality, sold poorly, but their follow-up album, The Score, became one of the largest-selling and most influential hip-hop records in chart history, selling over 18 million copies worldwide and eventually becoming a multi-platinum, Grammy-winning album. Their cover of Roberta Flack's "Killing Me Softly" topped U.S. airplay charts for weeks.

Despite their groundbreaking success, The Fugees have remained in limbo, with a follow-up album to The Score being continually postponed as all three members cultivated solo careers. Wyclef released his first solo CD, The Carnival, in 1997, featuring the single “Gone Till November” which earned him a Grammy nomination for best Male R&B Vocal Performance.

He has since recorded six solo albums, collaborating with guests including (click link to listen to the collaboration) Kenny Rogers, Earth, Wind & Fire, Mary J. Blige, Santana, Shakira, and many others. His latest album, Wyclefjean, is scheduled to be released in February 2010.

In all, Wyclef has sold more than 31 million albums throughout his career. Over the years, he has emerged as a leading champion for , serving as a spokesperson for many issues and created his foundation Yele to help children both in and the by providing scholarship opportunities, food distribution, humanitarian aid and now, earthquake relief.

We applaud Wyclef for his long standing support of the people in Haiti-come back soon to learn more about what you can do to help.