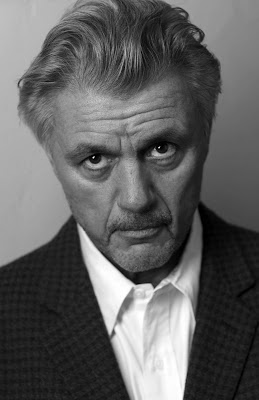 Novelist and screenwriter John Irving is one of the most popular and respected writers in the world. His novels have become American classics; each one is a publishing event.

Irving’s first international bestseller, The World According to Garp, introduced a world of readers to his inventive and expansive style, memorable characters and masterfully woven stories-within-stories. Garp won a National Book Award in 1980 and was made into a film starring Robin Williams.

Since Garp’s release, all of Irving’s novels, including Cider House Rules, A Prayer for Owen Meany, and A Widow for One Year, have been translated into over 30 languages and sold tens of millions of copies, and The Cider House Rules was turned into a movie in 1999 that won him the Academy Award for Best Adapted Screenplay. Irving has three screenplays in-progress; his 12th novel, Last Night in Twisted River, was released in 2009.

Irving has won the O. Henry Award and awards from the Rockefeller Foundation, the NEA and the Guggenheim Foundation. In 1992 Irving was inducted into the National Wrestling Hall of Fame in Stillwater, Oklahoma and in 2001 he was elected to the American Academy of Arts and Letters.

Watch Irving talk about the "Writer's Craft" below.

Posted by The Connecticut Forum at 12:59 PM