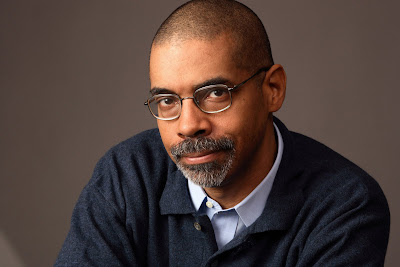 The Connecticut Forum Announces:
Stephen Carter to Join Gergen, Buckley and Barreca at
The End of Civility?
Saturday, October 2, 2010

Recognized by Time magazine as one of the fifty leaders of the next century, Stephen Carter is one of America’s leading public intellectuals.

The author of four novels and of seven critically acclaimed nonfiction books on law, ethics and politics, he has been shaping the national debate throughout his career on issues ranging from the role of religion in our politics and culture to the role of integrity and civility in our daily lives. He currently is writing a book on the future of democracy and speaks on “Democracy’s Future: Books or Bumper Stickers,” among other topics. Carter has just published his fourth novel, Jericho’s Fall, a sophisticated, topical, thought-provoking thriller about issues ranging from the morality of intelligence operations to the meltdown of the world financial system.
And it creates, in Beck DeForde, an unforgettable heroine for our turbulent modern age.

Carter’s extraordinary fiction debut, The Emperor of Ocean Park, spent three months on the New York Times Bestseller List and has appeared on bestseller lists in several European countries. His other acclaimed novels are New England White and Palace Council.

Stephen Carter is also a Connecticut local: he is the William Nelson Cromwell Professor of Law at Yale University. Carter served as a law clerk for two of the great veterans of the civil rights movement, including Justice Thurgood Marshall of the U.S. Supreme Court. As a trustee for the Aspen Institute, he moderates seminars for business executives on the role of values in leadership.

Carter's recent work focuses on the role of human affection in ethical and moral discourse and the intersection between theories of unjust war and unjust law.

Posted by The Connecticut Forum at 1:01 PM